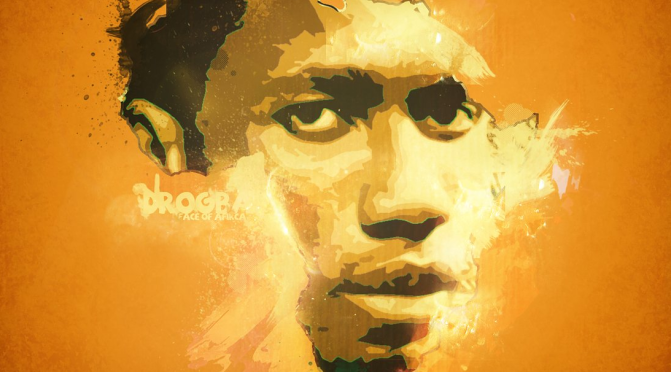 In our search for interesting, challenging and critical perspectives on contemporary humanism, we occasionally find articles published via other venues that we think humanistfreedoms.com readers may enjoy. The following article was located on Equal Times on April 28, 2021.

It was a story that you could say caused a bit of a buzz. Bees ’arrest’ suspected burglars in Busia, screamed the headline of a March 2021 story from the Ugandan newspaper, the Daily Monitor. The article, which attracted much derision on social media, told the story of a burglar who appeared to find himself apprehended by a swarm of bees after the victim of the house he had broken into decided to seek justice via a witch doctor rather than the police.

In a country where there is a strong belief in the supernatural, such headlines are not uncommon. “Some traditional healers exploit the ignorance of the population,” says Kato Mukasa, a human rights lawyer and chair of the Uganda Humanist Association (UHASSO). “[There’s] a category that pretends to have spiritual healing powers. They cause a lot of mayhem.”

While belief in witchcraft is commonplace across the continent, Africa is also considered one of the most religious parts of the world. According to 2017 research from the Pew Center, by 2060, 42 per cent of Christians and 27 per cent of Muslims will live in sub-Saharan Africa. In October, openDemocracy reported that more than 20 US Christian groups opposing LGBTI rights, safe abortion access and sex education have increased their spending to the tune of at least US$54 million in Africa over the past 13 years.

Despite this, humanism – a philosophy and way of life that stresses reason and free inquiry and opposes theism and supernatural views among other characteristics – is making headway on the continent.

“In many African countries humanist groups and individuals are working to make the wider public rediscover their own African humanist tradition, the concept of Ubuntu [a Zulu word and pan-African philosophy which roughly translates to mean “I am because we are”], a secular and humanist framework for compassion, reciprocity, dignity, harmony, and humanity for the purpose of building and sustaining community with justice and mutual concern,” says Giovanni Gaetani, membership engagement manager for Humanists International (HI), the global body of the humanist movement.

When HI was founded in 1952, there were just five member organisations; now, there are more than 170 from 75 countries, including 10 associations in Africa. HI holds a general assembly annually and its World Humanist Congress normally takes place every three years. At a local level, humanist organisations hold physical and (increasingly since the pandemic) virtual meetings for participants to learn and exchange ideas, to allow like-minded people to meet up, and to carry out voluntary work.

“New and emerging humanist organisations are sprouting all around the African continent, for example Humanists Liberia, Humanists Malawi and Secular Humanists Mauritius,” says Gaetani. And beyond humanism, secularism is also making its presence felt. Gaetani points to Sudan, which embraced a secular constitution in September 2020 after decades of Islam as the state religion. Meanwhile in Zimbabwe, the government has “taken strides to promote secularism despite the absence of an organised secular society,” according to Takudzwa Mazwienduna, a Zimbabwean-born humanist and author of the upcoming book A Vehicle for Progress, which looks at humanism in southern Africa, noting the government’s 2016 decision to ban prayer in schools and restrict religion to private spaces only.

While there has been some growth in the humanist movement in Africa, there has also been a backlash in some places, which is unsurprising given the stigma attached to atheism. “In Uganda and Africa, when a child is born, they are automatically inducted into religion,” says Dr Frank Mugisha, who despite being an LGBTI activist has been a Catholic “all my life”. “Atheism is rare and frowned upon so much in wider society,” he says. “To fit in, everyone has to belong to a religion.”

Nigeria – a secular country as set out in its constitution and where 49.3 per cent of citizens are Christian and 48.8 per cent are Muslim – has become the “epicentre of a new anti-atheist backlash,” particularly in the north of the country, according to Gaetani. The country’s most famous atheist Mubarak Bala, the president of the Humanist Association of Nigeria, will mark one year in jail on 28 April.

Bala was arrested at his home in the predominantly Muslim, north-western state of Kaduna before being detained in the neighbouring state of Kano over a Facebook post that authorities claim breached Nigeria’s Cybercrimes Act by insulting the Prophet Muhammed and being “provocative and annoying to Muslims.” Bala is the son of a prominent Islamic scholar whose family had him forcibly sectioned when he first renounced Islam and declared himself an atheist in 2014.

Despite his current detention, he is yet to be charged with any crime. His case had been adjourned until 20 April, but the hearing did not go ahead because of an industrial strike. James Ibor, who heads Bala’s legal team, says they are “exhausting all legal avenues” but are calling on the United Nations to impose sanctions on the Kano state governor and members of his cabinet. “We are also pressuring the UK embassy, the US embassy and the EU delegation in Nigeria, to get in touch with the government and put pressure on them over this,” adds Dr Leo Igwe, chair of the board of trustees for the Humanist Association of Nigeria, and a close friend of Bala.

Rare wins for Nigeria’s non-believers – who number between 50,000 to 100,000 according to Igwe, with only a tiny fraction openly declaring their beliefs – include holding Africa’s first humanist conference in 2001, and the recent launch of the non-profit Advocacy for Alleged Witches (AfAW) which uses the philosophy of humanism as a vehicle to save the lives of those impacted by superstition.

Humanists in Africa’s most populous country hold onto their beliefs, despite the dangers. Igwe has faced death threats for his support of Bala and he even had to temporarily flee his apartment. Femi (not his real name) lives in the south-western city of Ibadan and has been a humanist for nine years but says that he still does not feel comfortable going public with his beliefs. “It’s hard. Many of us get dumped by our romantic partners for being humanists,” he says, adding that his Christian mother would be “heartbroken” if she ever found out, although “that’s still better than the north [of Nigeria] where your family member may poison you for being godless.”

Igwe says that while he fears that there may have been an increase in witchcraft accusations in the face of the global public health crisis caused by Covid-19, the pandemic has shown that humanism is needed more than ever to strengthen rights and promote science. “Covid-19 has once again made it clear that superstition, paranormal beliefs and faith-based narratives offer us nothing in terms of our growth or progress in the face of diseases,” Igwe tells Equal Times.

For Amina Ahmed – the wife of Mubarak Bala, who is herself a humanist – humanism “can help women to stand up for their rights” and advance the cause of gender equality in Nigeria as “most women are being [metaphorically] caged due to religious beliefs.” For Roslyn Mould, former president of the Humanist Association of Ghana and the first African woman to be elected to the board of HI, humanism could be a crucial tool for wider gender and sexual emancipation across the continent. “As an African, humanism teaches us to decolonise our minds from dogmatic cultural and religious ways of thought that create divisiveness among our genders and diverse sexualities and hinders our development as a people. It is important that we drive equality, taking equity into account, on our continent amongst men and women.”

Flourishing in Uganda, despite the challenges

In the continent’s east, humanists are watching the Bala case daily. Africa’s humanist roots are firmly planted in Uganda. It was the first country to register a humanist organisation (UHASSO) in the mid-1990s and it is one of the few African countries to have a humanist organisation in every region. Still, according to various sources, less than one per cent of the Ugandan population describes itself as ‘without religion’, in a Christian-majority country within a secular state.

In 2014 a notorious act was signed into law to make homosexuality illegal, driven by foreign and local evangelicals, before being struck down, but religion continues to have a grip on Uganda. Bodies like the Inter-Religious Council of Uganda are still involved in politics and before the pandemic it was not uncommon for flamboyant prophets to commandeer packed megachurches.

But an increasing number of atheists are asserting their presence in the public space. Mukasa can often be seen on TV, while Robert Bwambale is renowned for founding the Kasese Humanist School, in the west of the country, where educators teach LGBTI and women’s rights, climate change and democracy.

Despite facing backlash – Mukasa’s car was set on fire and his workplace was vandalised, while Bwambale was the victim of a community smear campaign – humanists in Uganda won’t stay silent.

About 31 of the country’s groups, led by the newly formed Ugandan non-profit African Humanist Celebrant Network (AHCN), which trains humanist celebrants (someone who officiates non-religious marriage, funeral or other ceremonies) across Africa, are petitioning the Ugandan parliament to change the country’s Marriage and Divorce Bill to allow for humanist ceremonies. Apart from South Africa, humanist ceremonies are banned across the continent but Uganda’s humanists claim that the nation’s constitution contains protections against discrimination for non-believers, and argue that the ceremonies “give us a platform to show the world that it is perfectly fine to live a life without God”.

Unsurprisingly, there has been some opposition, with Bishop Jacinto Kibuuka, who leads the Christian Ecumenical Council of Uganda, vowing in December to draft an opposition petition, although nothing has happened yet. “Those voices who claimed same sex relations were a culture war by the West against Africa and the Church will re-emerge and cast humanist marriages as market entry for same sex marriages – precisely because they are non-denominational, promote free choice and individuality,” says Ugandan analyst Angelo Izama.

But whatever happens, Mukasa says the country’s humanists are here to stay. “When we registered our first organisation, there were very few people saying ‘I’m an atheist’. But right now if you follow our page online you would be surprised at the number of people saying ‘to hell with religion,’” says the activist. “We are eating into [religion], we are weakening it, even when [their followers] are making inroads we are making inroads too.”