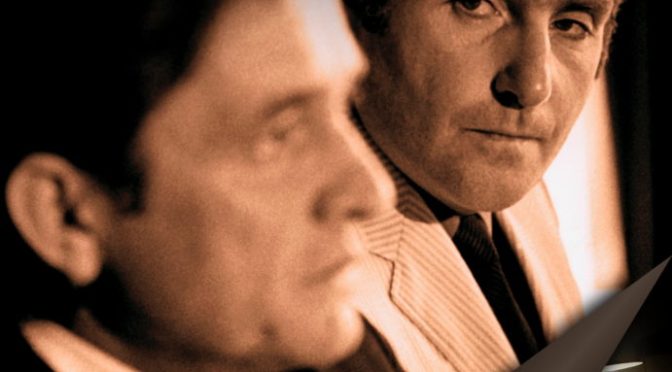 We recently received email messages headed with a question that is both intriguing and a bit dodgy. “Would you walk away from a million dollars to preserve your integrity?”

What’s all this about then….

Well, filmmaker Jonathan Holiff, “whose award-winning 2013 documentary, My Father and The Man In Black, chronicles the unlikely, rocky relationship between the legendary Johnny Cash and his longtime manager, Saul Holiff” has recently released a 55-minute video version of Zoom Talk on the topic of Managing Johnny Cash as a Jewish Atheist.

According to the information we’ve found, “Following his father’s suicide, Jonathan discovered hundreds of letters, audio diaries and recorded phone calls with Johnny Cash during his pill-fuelled 1960s, triumphs at Folsom and San Quentin, marriage to June Carter, and when he became an evangelical Christian. In the early 1970s, at the height of the singer’s career, Johnny Cash was “born again.” The drama that followed between the country star and his manager, born out of concern for Cash’s career, saw faith and reason collide. When one man finds a new calling, the other has to choose between his job and his self-respect.“

The talk was hosted by the Jewish Community Centre of Victoria. You can catch up on Jonathan Holiff’s website.

Watch the Movie Trailer below:

At the time this article is published, you can also buy or rent the full movie through Youtube.

Money versus morals. It’s not exactly a foreign question to those who have questioned matters of religion or faith. Would you walk away from a million dollars to preserve your integrity? We think it happens all the time…..