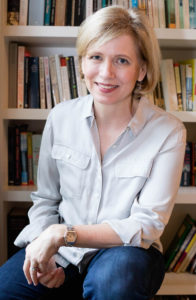 Lydia Denworth is a Brooklyn-based science journalist whose work is supported by the Alfred P. Sloan Foundation. A contributing writer for Scientific American and Psychology Today, she has also written for the Atlantic and the New York Times.

Friendship: The Evolution, Biology and Extraordinary Power of Life’s Fundamental Bond was published by WW Norton & Company in 2020. Just under 300 pages in the hardcover, it fits snugly in the contemporary genre of popular science journalism. Denworth’s tone, like the book itself, is neither too-heavy nor too light.

The book’s introduction is titled “A New Science” – setting up Denworth’s stance for the book. Denworth asserts that science has, until recently, mostly ignored the question of friendship’s purpose. The book, Denworth states, is intended to “consider the visible and the invisible aspects of friendship.“

As is typical of popular science journalism, Denworth spends considerable time recounting the stories of scientists past and present and the studies that they’ve undertaken. That should not be taken as a criticism but as a compliment as the stories of researchers ought to be more-widely shared and discussed. Heroes are, after all built in the telling. In the first chapter of the book, titled “Fierce Attachment”, Denworth suggests that the new science of studying friendship was seeded in 1954 with the meeting of John Bowlby and Robert Hinde when they spoke at a meeting of the Royal Medico-Psychological Association. From the humanistfreedoms.com perspective – this is an excellent place to begin. Bowlby was an ethologist (ethology is the study of animal behaviour) whose final work (published posthumously) was a biography of Charles Darwin. Hinde was a developmental psychologist and zoologist who counted Jane Goodall as one of his students. Hinde had written that “‘it does not matter too much what you believe, for many different cultural beliefs bring meaning to believers’ lives (though differences in religious beliefs can lead to horrendous conflict). But what does matter is how people behave.”

Whether by intention or not, the influence of developmental psychology (and thereby the above-noted protagonists) is present throughout the book. The book’s chapters tend to progress through the developmental stages of life from newborns and infants early on to older adults at the back of the book. In the second chapter, Denworth introduces new work being completed to study the brains of babies and infants using fNIRS ( functional near-infrared spectroscopy) explaining that this technology uses light to study brain activity in people too young and sensitive to bombard in an MRI machine. Denworth’s exposure to this work leads her to the conclusion that human “experience matters on the order of minutes, not months.”

In the third chapter, Denworth explores the influence of friendship on health. In the healthcare setting, this concept may often be identified as social determinants of health and is an area that continues to see increased attention, particularly in elder care. Social determinants of health include a person’s social networks and engagement but there are humanist-oriented initiatives to widen that to consider the delivery of health-care itself. Consider The Gold Foundation’s Tell Me More program which attempts to build better connections and bonds between healthcare providers and their patients. Stated more simply – growing friendship between providers and patients.

The middle chapters deal with issues of youth and early adulthood. There’s a chapter titled “Middle School is about Lunch” and another “Digital Friendship”. Each chapter explores recent studies of friendship relevant to the stage of life. Chapter Five, “A Deep Wish for Friendship” includes noteworthy observations of primatology and animal friendship which acts as an interesting challenge to concepts of human exceptionalism. Yes, animals do have the capacity of friendship.

In the sixth chapter, “Digital Friendship”, Denworth reviews the work of “an affable Canadian who runs the Social Media Lab at Stanford“, Jeff Hancock. Hancock completed a meta-analysis of the effects of social media on measures of well-being from 226 papers over 12 years. Without giving away the plot, Hancock’s analysis resulted in six categories of effect: depression, anxiety, loneliness, eudemonic happiness, relationships and the delightfully final category of hedonic happiness (happiness of the moment).

Borrowing from Hancock’s categories, reading Friendship: The Evolution, Biology and Extraordinary Power of Life’s Fundamental Bond was a genuine hedonic happiness of its own. It is a reminder that friendship (and so many other experiences in a human life ) does not need to be a mystery. “Our social lives have a backstory,” Denworth writes, “and it’s time that story was told.” 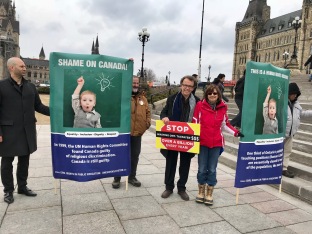